Nominations for Hyndburn Business Awards 2018 close on April 19. To nominate visit www.hyndburnbusinessawards.co.uk. There have already been over 600 nominations this year, but there’s still plenty of time to nominate your favourite local business.

Two family firms shared the Small Business Award title at the second Hyndburn Business Awards in 2017.
Judges couldn’t split the entries from Whewells Limited based on Bridge Street, Accrington, and Bevlan Office Interiors, of Livesey Street, Rishton, so they were jointly awarded the trophy. 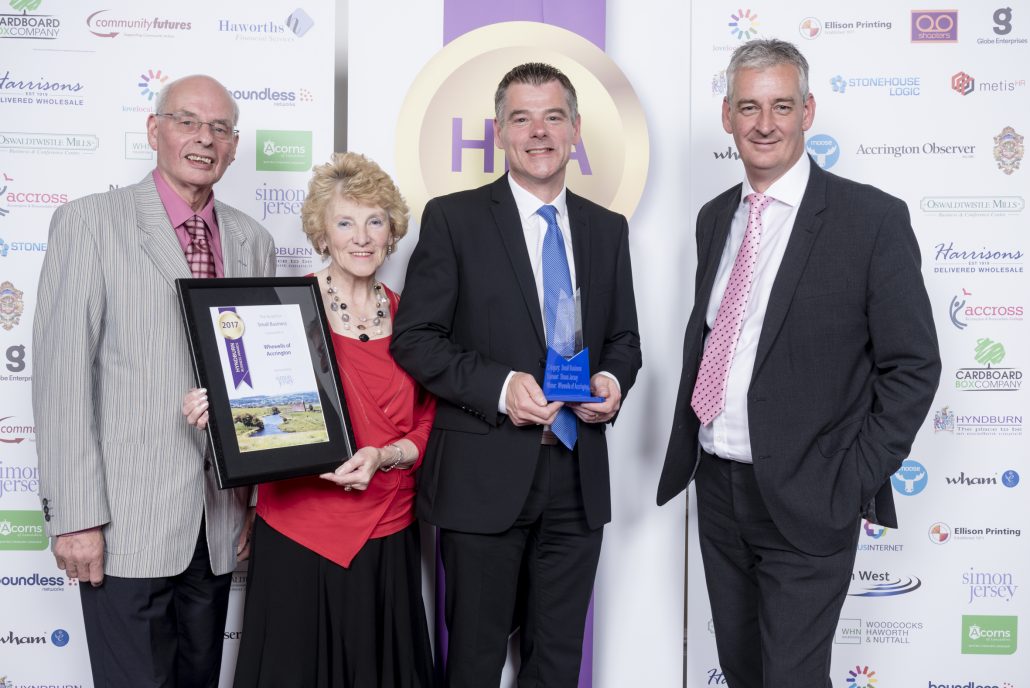 Whewells of Accrington was founded by Roland Whewell in 1958 and is run by his son and daughter-in-law Gordon and Marion and grandson Michael. Michael Whewell said: “My grandfather started in a key shop on Warner Street before founding Whewells initially selling hardboard and beading. The company expanded into timber and then opened a tool shop 22 years ago.”
The firm’s four directors, including Michael’s wife Kathryn, went along to the ceremony at Accrington Town Hall but they were not expecting to win. Michael, who is a member and former president of the Hyndburn Chamber of Trade, said: “There are such a lot of good businesses in Hyndburn. I think it is important for local businesses to be recognised for what they provide for the area: jobs, prosperity and promotion. We always do our best to help all our customers, whether it is working out what wood is needed to make a project, to selling a single nail or screw if that is all that is required. There is a saying that if you can’t find it in Whewells you can’t find it anywhere.”
The company is now planning celebrations for its 60th anniversary. 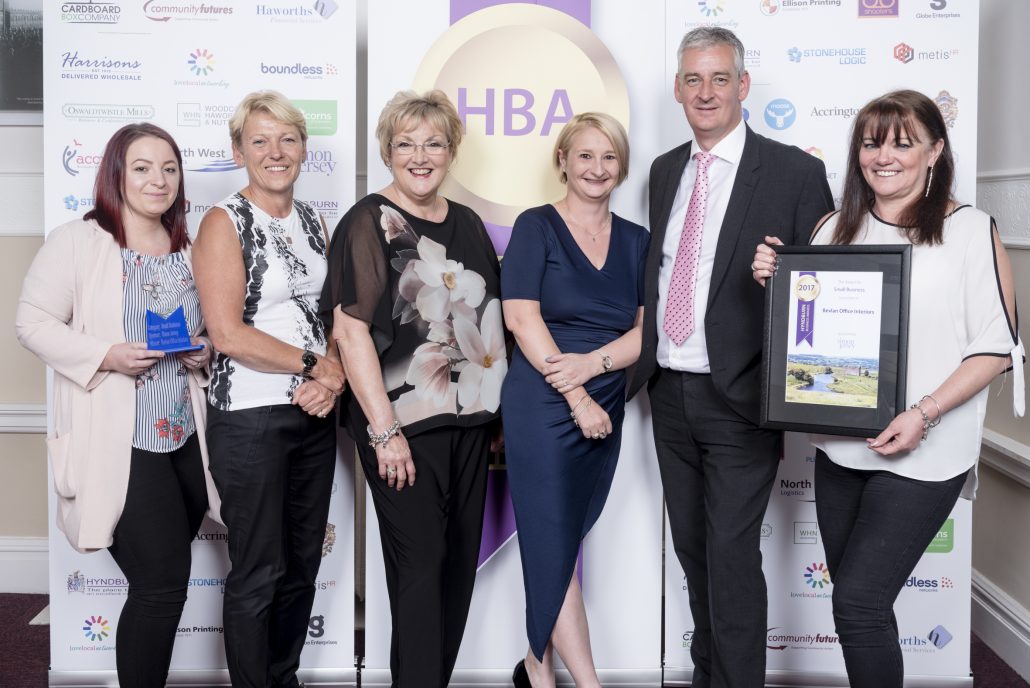 Bevlan was founded 32 years ago by father and daughter Alan and Bev Mercer. They began selling second-hand office furniture and for the last 25 years has been based in a traditional weaving shed York Mill, which offers space for a huge showroom and warehousing along with offices.
Bev said: “Our furniture goes all over the UK. We got an inquiry from Stornoway for 20 desks, and in our quote had to factor in the ferry crossing along with special lashings to fasten our van to the boat. We got the order, but only when we delivered the desks did we find out it was for the BBC.”
The company has been tasked to refit a major national company, but just as important is the customer who comes into the showroom to buy a second-hand chair. Bev said: “We will design the office space using CAD to create a 3D image and customers enjoy spending time in the showrooms so they can get a real feel for what they are buying. We have been told that our service is second to none and we get a lot of business through word of mouth and personal recommendation. I was proud that we had been nominated and was delighted when we won because it is good for all the members of staff; everyone works hard and it is nice to be recognised.”