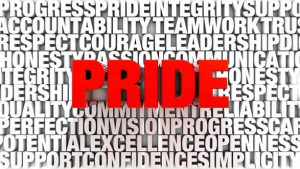 This is a new category for Hyndburn Business Awards 2017. It has developed from the Enterprising Person Award, so deserved won by Evonne Harwood last year. Our intention is still to celebrate enterprising activity outside of a business or social enterprise setting, but to open it up to individuals, groups, clubs, associations, societies, networks and clubs that are working away to make Hyndburn a better place for everyone who lives, works or visits here.

Hyndburn Chamber of Trade: This is an association that has been around a long time representing the interests of traders across Hyndburn. Over recent years it has become somewhat Accrington centric, but now it is working hard to extend its footprint across the whole borough.

Evonne Harwood: The 2016 Enterprising Person winner has not rested on her laurels over the last year, working hard to bring more events to Accrington Town Centre, including a second Dickensian event and a Beach Party on Warner Street during the summer. This was not part of her business activities.

Judith Addison: She is a Governor of at least three local schools and a trustee of a number of community groups, working tirelessly for her community and local people. She is described as a ‘force of nature’ who does what she does willingly and enthusiastically because she believes people need her help and support.

The Falling/March to the Front: These are two related projects created by Sophie Fitzpatrick of Hyndburn Arts that involved over 500 volunteers representing the Accrington Pals battalion that lost so many lives in July 1916. Over 1,000 people attended the event in Oakhill Park.

Oswaldtwistle Carnival Committee: In 2014 the committee organised the first carnival in Oswaldtwistle for 16 years. In 2016 over 5000 people attended the second carnival! The carnival committee are hardworking and enthusiastic and able to achieve a great deal with little or no financial support and with sheer determination.

Joanne Shepherd: Joanne put together an event called ‘Let’s Do It’ to raise money for Macmillan Cancer Support. It brought together a group of local people and created an event based on the comedy of Victoria Wood, attracting an audience of over 250. She is currently working on a second event in support of Dementia Awareness.

Oswaldtwistle Town Twinning: Oswaldtwistle has won a place in a UK-wide initiative that has created five sets of ‘twins’. Oswaldtwistle has been twinned with Whitburn in West Lothian. The idea is to link tons together to share good practices and talk about ways to regenerate and improve their towns.

Shahed Mahmood: Shahed works tirelessly for the borough either in his capacity as president of Hyndburn Chamber of Trade, or as a local businessman. His untiring enthusiasm for making Hyndburn a better place for businesses has made him someone who everyone should know.

Sophie, Lucy and Chloe Fitzpatrick and Sophie Guest: Chloe has a severe strawberry allergy and suffers between 3 and 5 anaphylactic shocks a year. Two years ago they wrote and performed a play to raise awareness of anaphylaxis. It was rewritten and performed to a larger audience this year following the sad death of Megan Lee.

Mickii Edwards: More than a  a business owner. Always goes above and beyond expectations. Ran to Manchester and back (68 miles) in one day to raise funds so that four deprived families could have a trip to Disneyland.

Gayle Knight:  Has worked tirelessly to provide a great community feel to Oswaldtwistle. Gets involved in many activities and spends a great deal of her own time making good things happen.

The Hyndburn Helpers: A group of volunteers that feed and give items to the homeless of Accrington. They scrounge what they can and are always fundraising.

NW Food Festival: Although this event hasn’t happened yet (its on May 6th), so much work has been put into organising it, from test events to prove they could handle something like this and now a full roster if stall and activities confirmed for the event, which is aid of Cancer Research.

Murray Dawson: Works tirelessly to promote the good things in Hyndburn. Gives hours of his own time provides £1000s free publicity and promotion for local charities.

Royal British Legion (Accrington Branch): As volunteers and representatives of RBL within their community they work tirelessly on their own or as part of other communities/groups. They have organised many events, commemorations and parades.

Salvadore Woody/Hyndburn Stray Dogs in Need (Rishton): Sal and his team have managed to give 5000 stray dogs a second chance through their efforts.

A huge thank you to everyone who has made a nomination in this category. Judging the entries happens next and it promises to be a herculean task.